The bodies of the three Israeli teenagers who were kidnapped earlier this month were found by security forces in a field northwest of Hebron on Monday afternoon.

Israeli military source confirms, on the condition of anonymity, that the bodies found near the village of Halhul are of the three missing teen settlers who were disappeared on June 12 from a close vicinity.

According to Israel Radio; Israeli Defense Minister Moshe Ya'alon had announced earlier on Monday evening  that there was some progress in the search operation for Gil-Ad Shaer, Naftali Fraenkel (who also holds an American passport) and Eyal Yifrah.

Palestinian militant group Hamas was accused by Israeli behind the abduction of the teenagers; but Hamas has repeatedly denied the accusation.

Associated Press
Posted by Shamood at 11:48 AM No comments:

Three people were shot in a shooting rampage near the Edgewood Lyndhurst Recreation Center in Southeast Baltimore on Sunday evening, state police have said. Two of the victims were died while third one is reportedly in critical condition.

The men died in the shooting were identified as Cedric Stancil, 18, and 20-year-old Jamal Campbell. The identity of the third victim was not immediately released by the police.

According to details; police responded to a 911 call around 7:00 p.m. (local time) on Sunday but they only found three men suffering from gunshot wounds. All three were shifted to nearby hospital where Stancil was pronounced dead immediately while Campbell was reported expired around midnight.

Intial investigation and eyewitnesses accounts hinted towards more than one suspect, most probably two. Suspects are still at large and police have requested for the public's help in finding them.

CBS News
Posted by Shamood at 8:42 AM No comments:

A California-bound United Airline's flight, carrying 101 people including 5 crew members, was diverted to Wichita in Sunday night after an evacuation slide inflated inside the cabin and forcing the pilot to make an emergency landing.

According to details; Flight 1463 was on its way from Chicago O'Hare International Airport to John Wayne Airport in Orange County, Calif., but landed in Wichita about 10:30 p.m. after the deployment of plane’s emergency evacuation slide in the rear side of the cabin due to some unknown fault.

The Boeing 737-700 was carrying 96 passengers and five crew members. All passengers were seated at the time the slide deployed and no one injured in the incident, an airline statement read.

“No one was injured and the flight landed safely. We are flying in another aircraft to resume the flight and get our customers to their final destination as quickly as possible," the airline said in a statement.

One of the many eyewitnesses told that when he turned back, after hearing a hiss and pop, he saw the plane's evacuation slide - which would normally go outside the plane during an emergency - inflating inside the cabin.

The airline provided hotel accommodations for the passengers, and a new flight was arranged to transport the passengers on Monday morning.

United Airline's maintenance team will inspect the aircraft to determine why the slide was deployed.

Posted by Shamood at 7:03 AM No comments:

Authorities are investigating the  cause behind the collision of two Ryanair jets at the London's Stansted Airport, one of the country's busiest airports, early in the morning on Saturday.

According to details; the incident happened at around 6:45 a.m. when a Warsaw-bound Boeing 737-800 collided with a Boeing 737-800 from Frankfurt Hahn. The plane bound for Warsaw was heading to runway to take-off when it struck against the other that had just landed.

The wing tip of one plane and the tail cone of another "made contact", said Ryanair spokes person Robin Kiely.

"This morning at London Stansted the wing tip and tail cone of two Ryanair aircraft made contact while one aircraft was taxiing to stand and the other was commencing pushback from stand," said Kiely in an official statement.

Both planes carried 189 passengers but fortunately no one was injured in the incident, an airport spokesperson confirmed. Eyewitnesses, who was aboard Warsaw-bound flight, tweeted that police helped passengers off the planes.

Passengers of the out bound flight faced delays of up to three hours before they were boarded again on another plane to fly for the destination - Warsaw.

The BBC News reported that Essex Police conducted "routine breath tests" on both pilots following the accident, but foundno evidence of alcohol consumption.

The 'Air Accident Investigating Board' has been probing into the incident to establish the real cause behind tragedy.

Posted by Shamood at 4:28 AM No comments:

At least seven people are reported injured in a mass shooting tragedy at New Orlean's Bourbon Street early in the morning on Sunday. Very few details are available immediately.

According to the available details; the shooting happened about 2 a.m. in the 700 block of Bourbon Street in the French Quarter - a popular gathering place for tourists and revellers, where many of them pack bars and clubs.

There's no immediate information about the conditions of the wounded, who were transported to a nearby hospital.

Further details yet to be available. Come again for the updates on this emerging story.

Posted by Shamood at 3:35 AM No comments:

Though the incomplete investigations by KFC hinted towards the incident of kicking out a little girl from KFC due to her facial scars was never happened; but KFC pledges to donate $ 30,000 for the family of 3-year-old Victoria Wilcher toward her medical bills. 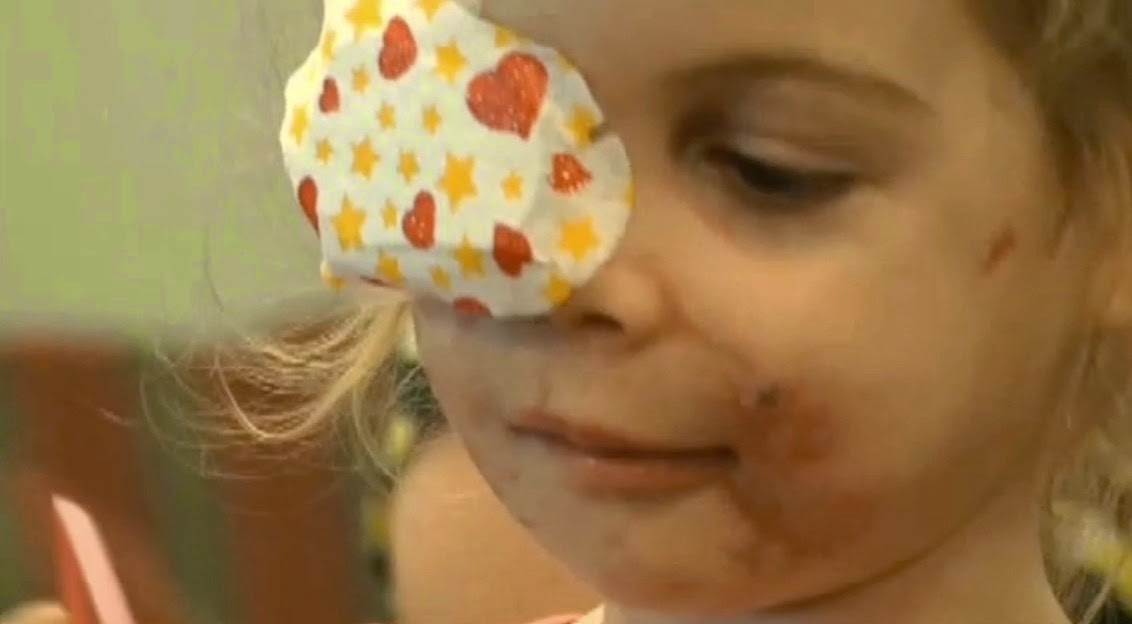 The family of he 3-year-old Mississippi girl is still sticking with the story gone viral earlier and believe that the KFC investigations are biased and media is trying to hide the fact for some unknown reasons.

The Facebook page administered by Victoria’s aunt, Teri Rials Bates, claims that Victoria's incident was not a hoax and based on the true facts. Facebook page says:

“I promise it's not a hoax. I never thought any of this would blow up the way it has. The article circling the web calling this a hoax is untrue."

Bates' Facebook page says further, "The article itself says the investigation is not complete. It is not over until KFC releases a statement. The media outlet running this story is not connected with KFC. The family has not asked for anything, a attorney is handling all the media publicity for the family pro bono."

In the end Bates requested, "Please do not believe untrue media. I have personally watched this family go without to provide for Victoria. They have not and would not do anything to hurt Victoria in any way."

On the other hand, the two separate investigation reports, one of them by an independent third-party consultant suggest that the whole story was fabricated to attract the attention of masses aiming to raise funds for the treatment of Victoria Wilcher.

The story of Victoria Wilcher, who was disfigured by dog attack, being asked to leave a KFC in Jackson because her appearance was scaring other customers first posted on Facebook by Victoria Wilcher's grandmother - Kelly Mullins - on May 15.

The story gone viral on social media and the family received more than $135,000 as cash donations. KFC also announced to pay $30,000 for the victim's family.

Local media in Mississippi is calling it a fundraising hoax — specifically, a “Kentucky Fried Hoax” by a local Laurel Leader-Call.

Posted by Shamood at 7:00 PM No comments:

In an annual nationwide crackdown dubbed as "Operation Cross Country" 168 children were rescued after the joint operation by the Federal Bureau of Investigation (FBI),  state, and local law enforcement agencies, the FBI announced Monday.


More than 280 pimps were also nabbed during the crackdown carried over in 106 cities. More than two dozen children were rescued and 38 pimps arrested in California alone. The pimps face state and federal charges.

Many of rescued children had never been reported missing, the FBI report revealed.

"These are not faraway kids in faraway lands," FBI Director James Comey said in announcing the annual enforcement push known as Operation Cross Country. Instead, he added, "These are America's children."

FBI's report reveal that the child sex traffickers "use fear and force and treat children as commodities of sex."

“Targeting and harming America’s children through commercial sex trafficking is a heinous crime, with serious consequences,” Comey said further. “Every child deserves to be safe and sound. Through targeted measures like Operation Cross Country, we can end the cycle of victimization.”

It was the 8th annual operation of it's type in which law enforcement agencies along side Feds targeted areas like truck stops, casinos, websites that advertise escort services and even some streets. From there, intelligence is collected and arrests often unfold systematized efforts to prostitute and exploit women and children.

The FBI says nearly 3,600 children have so far been recovered from the streets in such operations over the years the operations have resulted in over 1,450 felony convictions and confiscation of close to $3.1 million in property and cash.

Tech Times
Posted by Shamood at 8:45 AM No comments:

More than 20 fire-fighters rescued a young American exchange student who was trapped inside a 6-foot stone sculptured vagina in front of Tübingen University’s Institute for Microbiology and Virology.

According to details; the bizarre incident happened last Friday when an unnamed undergraduate found himself in awkward situation while trying to make a selfie to impress his friends back home. He got struck inside the 32-ton Veronese marble artwork by the Peruvian artist Fernando de la Jara.

German newspaper Süddeutsche reports; Tübingen police responded to an absurd emergency call on Friday afternoon informing that "a person is trapped in a stone-vulva".

The student was rescued by 22 fire-fighters after the successful efforts of half-an-hour without using any tools.

"We were able to pull the victim out with our bare hands after about 30 minutes," a local fire department squad leader told NBC News.

The giant Vagina statue by Fernando de la Jara has been erected outside Tübingen University since 2001 dubbed as 'Chacán-Pi (Making Love)' is meant to signify "the gateway to the world", reported Süddeutsche.

Posted by Shamood at 2:17 AM No comments: